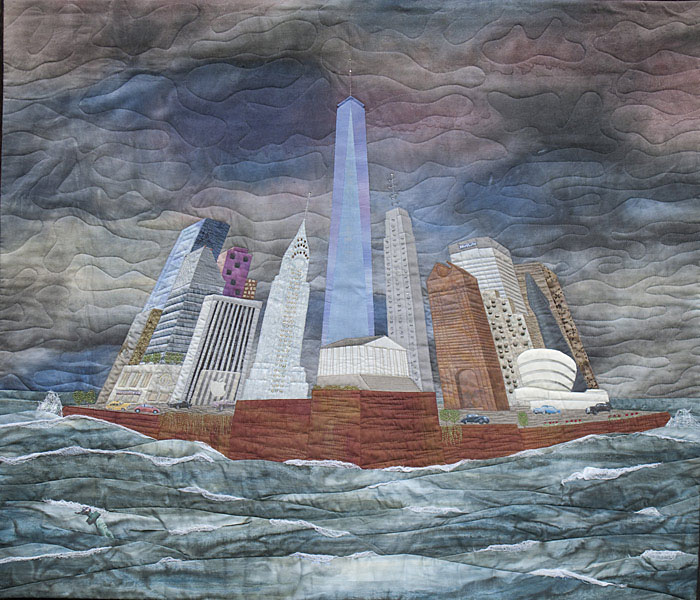 First came the hurricane, which swamped the bedrock-built island beneath an irresistible surge from the sea. Is that Island, and its sentinel Lady Liberty, now in jeopardy of recurring climatic onslaughts? But while focus turned to defending against Nature, came the Surveillance, it too eroding that Liberty with all the force of a tidal surge. That Lady who once beckoned the world’s “Tempest-Tost to her “golden door,” founders . . . not from cloudy skies from without, but by shadowy men from within.

Inspired by super storm Sandy in October 2012. But also by our loss of privacy by the surveillance by Big Brother. Notice Ms Liberty’s torch – drowning in the sea on the lower left side of the quilt. 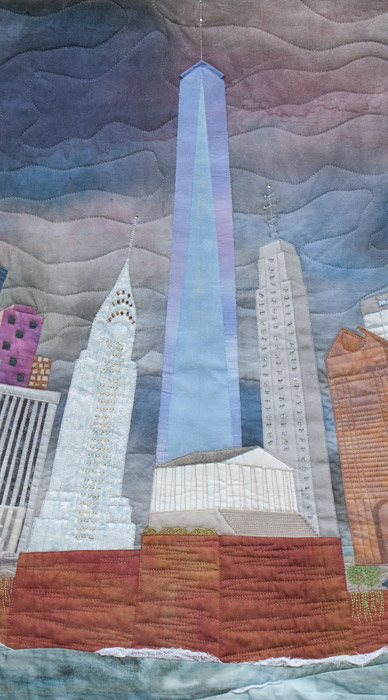 
Next »
Return to menu